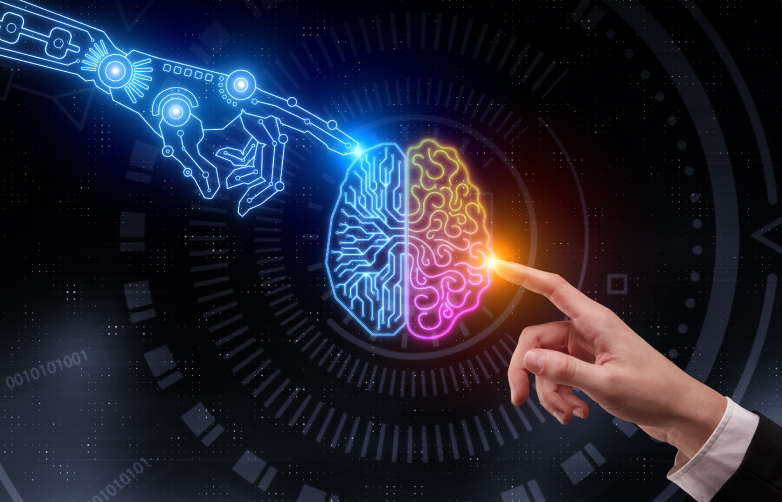 The Ethics of Artificial Intelligence (AI) 

AI and Ethics by Toby Walsh:

To begin, what is an AI code of ethics?

The Asilomar AI Principles are a set of 23 standards for artificial intelligence research and development (AI), organised into three sections: Research issues, Ethics and Values, and Long-term issues. The Asilomar principles explain AI development concerns, ethics, and standards for the creation of helpful AI and to make the development of good AI simpler. The principles were developed during the Asilomar Conference on Beneficial AI in Pacific Grove, California, in 2017. The Future of Life Institute arranged the meeting.

The Future of Life Institute is a non-profit organisation whose mission statement is “to catalyse and support research and initiatives for safeguarding life and developing optimistic future visions, including positive ways for humanity to steer its own course in light of new technologies and challenges.” Max Tegmark, an MIT cosmologist, Skype co-founder Jaan Tallinn, physicist Anthony Aguirre, Viktoriya Krakovna, and Meia Chita-Tegmark formed the group in 2014. As of this writing, 1,273 artificial intelligence and robotics researchers, as well as 2,541 additional endorsers from a range of businesses, have signed on to the principles.

The principles are often a clear declaration of probable bad consequences, followed by a proposal to avoid such an occurrence. For example, the principle AI arms race says that an arms race in deadly autonomous weapons should be avoided within the ethics and values area.

What exactly is AI ethics?

AI ethics is a set of moral ideas and strategies designed to guide the creation and responsible use of artificial intelligence technologies. Organisations begin to adopt AI codes of ethics as AI becomes more integrated into goods and services.

The science fiction writer Isaac Asimov recognized the possible perils of autonomous AI agents long before their emergence and devised The Three Laws of Robotics to mitigate such risks. The first rule of Asimov’s code of ethics prohibits robots from deliberately hurting people or permitting damage to happen to humans by refusing to act. The second rule requires robots to follow humans unless the commands violate the first law. The third law requires robots to safeguard themselves in line with the first two principles. The fast growth of AI in the last five to ten years has prompted expert groups to design protections against the danger of AI to humans.

What is the big deal about AI ethics?

AI is a human-created technology that aims to mimic, enhance, or replace human intellect. To provide insights, these systems often depend on enormous amounts of diverse sorts of data. Poorly conceived initiatives based on incorrect, insufficient, or biassed data might have unanticipated, possibly dangerous repercussions. Furthermore, due to the fast growth of algorithmic systems, it is not always evident how the AI got its findings; thus we are effectively depending on systems we do not understand to make judgments that might damage society.

An AI ethics framework is significant because it illuminates the dangers and advantages of AI technologies while also establishing standards for their ethical usage. To develop a set of moral precepts and procedures for employing AI responsibly, the industry and interested parties must first address significant societal concerns, and then the question of what makes humans human.

Is AI ever used in positions of Ethical Responsibility?

The fast acceleration of AI adoption in organisations has coincided with and in many instances fuelled two important trends: the development of customer-centricity and the rise of social activism. A growing variety of AI applications are reshaping the industry. It opens up new opportunities and increases the sustainability of goods in a variety of sectors.

AI in Marketing: To optimise income, every firm focuses on marketing. They are attempting to learn new techniques and activities in order to maximise their return on investment. However, monitoring and interpreting cross-channel data is a difficult and time-consuming operation. AI-powered technologies aid in the management of cross-channel market activities. As a result, it may assess the attitudes of the targeted consumers and offer dispersed actions that might boost customer connection depending on their interests. AI can track and automate monitoring of total cost, saving supervisors time.

Monitor Competitors: As technology improves, so does competition. It is critical to maintain track of competitors, but owing to their hectic schedules, supervisors find it difficult to keep track of all of them. As a result, numerous tools based on AI are being developed to assess rivals’ websites, social media, and applications. It gives you a close look at any changes in your rivals’ strategies.

AI in Public Services: Artificial intelligence in public services will reduce costs and offer up new opportunities in sectors such as public transit, education, power, and waste management, as well as improve product sustainability. Data-driven decision-making strengthens democracy by preventing misinformation and cyber assaults. It aids in the identification of the proper pattern and the detection of anomalies in the data. As a result, provide excellent access to information in order to build a robust democracy. Mitigating bias helps to launch and maintain great diversity and openness in an AI-driven data-driven application.

Secure and safe: AI also aids in the prevention of crime and the preservation of the environment. Based on the data, AI can monitor the flight risk of the prisoner and forecast crime and terrorist attacks in real time, therefore preventing them from happening. Some internet sites are already utilising technology to identify illegal and improper activity.

Military: AI may be used to guard against hacking and phishing, as well as to target vital networks in cyberwarfare.

Is there any ethical concern with AI?

Fairness: It is critical to guarantee that there are no biases in terms of race, gender, or ethnicity in data sets including personally identifiable information.

AI Bias: Many AI applications have been seen to exhibit distinct behaviour for a certain group, such as depending on race, gender, and age. AI bias may lead to harmful preconceptions, putting women, minorities, and other social groups at danger. For example, Apple’s AI system (“Apple card”) is prejudiced towards women. It offered dramatically varied interest rates and credit limits to men and women. It provides males with higher credit limits than women. It would be difficult for an AI to study and comprehend where this prejudice arose in typical “black-box” AI systems.

Explainability: When AI systems fail, teams must be able to determine the cause via a complicated chain of algorithmic algorithms and data processes. AI-enabled organisations should be able to explain the source data, outcome data, what their algorithms do, and why they do it. “AI requires a high level of traceability to guarantee that any damages can be traced back to the source,” stated Adam Wisniewski, CTO and co-founder of AI Clearing.

Responsibility: When judgments made by AI systems have devastating effects, such as loss of cash, health, or life, society is still figuring out who is to blame. Responsibility for the repercussions of AI-based judgments must be determined via a process including attorneys, regulators, and people. Finding the right balance in circumstances when an AI system is safer than the human activity it is replicating but still produces difficulties, such as balancing the advantages of autonomous driving systems that cause deaths but considerably fewer than humans, is one difficulty.

Errors in Facial Recognition: The application of AI for facial recognition is automating a variety of tasks. However, it has been shown that AI makes mistakes while detecting and identifying faces. The ACLU is conducting an experiment (Massachusetts American Civil Liberties Union). It has been discovered that face recognition software misidentifies 25 elite sportsmen as criminals including three-time offenders. When they matched hundreds of athlete images to the mugshot database, they discovered a 1 in 6 false positive identification rate.

Misuse: Artificial intelligence algorithms may be utilised for purposes other than those for which they were designed. These situations should be evaluated during the design stage to minimise risks and implement safety measures to mitigate the negative impacts in such circumstances. Deep Fakes are AI-generated audio or video material that is intended to target a person with the purpose of duping them into a fake event. Machine-generated films have the potential to do significant harm to society by disseminating misinformation and aiding cybercrime assaults. Deep fakes have been utilised successfully in a number of focused social engineering assaults. Deep fakes are difficult to identify for the government, academics, and social media platforms.

Politics and Artificial Intelligence: The presence of dark horses poses a fundamental threat to the democratic system. AI is underappreciated by policymakers and politicians. Politicians use artificial intelligence to analyse people’s viewpoints and then adjust their own. There are several real-world examples of politicians using AI to understand the public’s viewpoint and shape policies appropriately. Thus, as possibilities expand, so do potential risks to people or society. As a result, the proper methodology is necessary to control a broad range of AI applications and technologies that have a significant influence on society.

What can the future bring for AI ethics?

By enacting AI legislation, the danger of AI, such as mass surveillance and human rights breaches, may be mitigated. To balance the potential hazards and advantages of AI, effective regulation is required. Numerous researchers are taking the lead in developing AI that adheres to ethical principles. Some ethical frameworks may help to reduce AI dangers and guarantee that AI is safe, fair, and human-cantered. Ethical AI makes the system accessible for the benefit of the person, society, and the environment. It will work for the betterment of humanity.

Avoid Unfair Bias: The built AI system is morally fair. It will not discriminate unfairly against persons or groups. It ensures equal access and treatment. It identifies and mitigates unfair prejudices based on race, gender, country, and other factors.

Privacy and security: AI systems prioritise data security. Data governance and model management solutions are provided by ethical AI-designed systems. Privacy and the preservation of AI principles aid in the security of data.

Reliable and secure: The AI system only operates for the intended goal, decreasing the possibility of unanticipated mishaps.

Transparency and Explainability: Each forecast and result are explained by the ethical system. It makes the model’s logic more transparent. Users learn about the data’s contribution to the outcome. This disclosure validates the outcome and fosters confidence. AI systems adhere to the concepts of Explainable AI, it enables total transparency and explainability of systems, which builds user confidence.

Governable: We are developing a system that will do the desired duties. Unintended outcomes are detected and avoided.

Ethical AI systems value human diversity, freedom, autonomy, and rights. It benefits mankind by upholding human ideals. The system does not engage in any unfair or unreasonable behaviour. It respects individual liberty and individuality; systems that are both fair and secure with individual rights being respected.

Many people see AI as a very transformational technology. When we view machines as beings with the ability to see, feel, and act, it’s not a huge jump to examine their legal position. Some questions are about reducing pain, while others are about the possibility of negative results. To design these systems with humanity’s common good in mind, it makes sense to spend time thinking about what we want from these systems and what they should accomplish, as well as to address ethical problems.

← Prev: What is Artificial Intelligence? Next: Women in MedTech Conference →

What is Artificial Intelligence?

Is it not magical how Siri on your phone listens to your voice, talks to you, and helps you out? Or have you ever...

From Boardroom to Bedside: How does New Tech make it into the world of Healthcare

Ai in Medicine Examples and Glossary