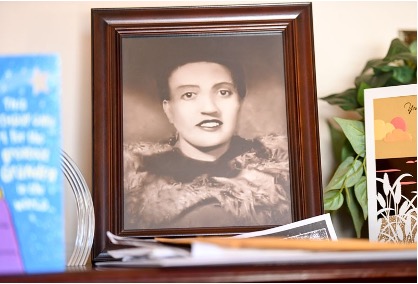 In 1951, Henrietta Lacks was diagnosed with aggressive cervical cancer. She visited the John Hopkins Hospital where it was revealed that she had a large, malignant tumour on her cervix. She started undergoing radiation treatment: the only form of cancer treatment for poor African-Americans at that time. During a biopsy, a sample of her cancer cells were taken to Dr Gey’s lab and it was discovered that her cells were doubling every 20 to 24 hours. These cancer cells were immortal, which meant that they could keep on dividing repeatedly and continuously.

HeLa cells were passed on between researchers and labs across countries and became a workhouse of biological research. Since HeLa cells were immortal, scientists could culture them for long periods of time and their ability to self proliferate proved useful for research. The work done with HeLa cells has revolutionised modern medicine as there have been multiple discoveries made in the field of cancer, immunology and even vaccines against COVID-19.

However, the story of Henrietta Lacks is a sad and unjust one. Henrietta Lacks was a Black woman who experienced racial inequalities in the health care and research system in 1950s America. The hospital where she was treated was one of only few that provided medical care for Black people. Her cells were taken and shared around laboratories without her consent and knowledge. Even after her death, her family didn’t receive any money from companies that profited from her cells. Worse still, doctors and scientists gave her medical records to the public, revealed her name and even published the entire genome of her cells online.

The failure to ask for her consent was clearly unethical and perpetuates injustice. Henrietta’s family are now leading a new effort which celebrates her life and legacy. Her great-granddaughter told Nature “I want scientists to acknowledge that HeLa cells came from an African-American woman who was flesh and blood, who had family and who had a story”. Her great-grandson also says that although “they were taken in a bad way, they are doing good for the world”.

Despite the scientific and medical advancements that HeLa cells have made, the truth remains that Henrietta Lacks’s cells were taken without consent. Unfortunately, we cannot correct the wrongs of a previous generation but we can learn to correct the injustice that still exists in today’s society. We acknowledge and appreciate the advancements that have been made in medical research and therefore Henrietta Lacks’s legacy lives on.

A book was written in 2010 to honour Henrietta’s life. The book is titled “The Immortal Life of Henrietta Lacks” and was written by Rebecca Skloot. In addition, a film was made in 2017 directed by George C Wolfe. If you like to learn more about the controversy of Henrietta’s story check these out.

← Prev: Tissue Engineering and Regenerative Medicine Next: Making Women in Science Visible – a TedTalk and Book by Rachel Ignotofsky →

When I first took science class in elementary school, we learned about the five senses. Maybe not far into the future,...